In 2014 the Dutch version of this parody comic was released. The one in the English language became a fact in 2017. 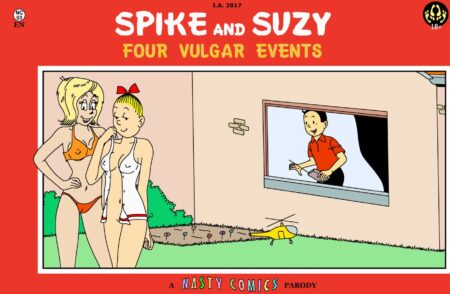 The digital version of this parody comic is available as a free download. The copyright of the comic is and stays at (c) Nasty Comics. Distribution is allowed only in whole and unchanged as long as it’s free and publicly accessible. Additions, resizing and translations are not allowed.

Distribution on non-digital media is prohibited without written permission.

Nasty Comics is also on: